Claudine Ogilvie is familiar with pushing the boundaries. She found a like-minded ally in Ridley CEO, Tim Hart. 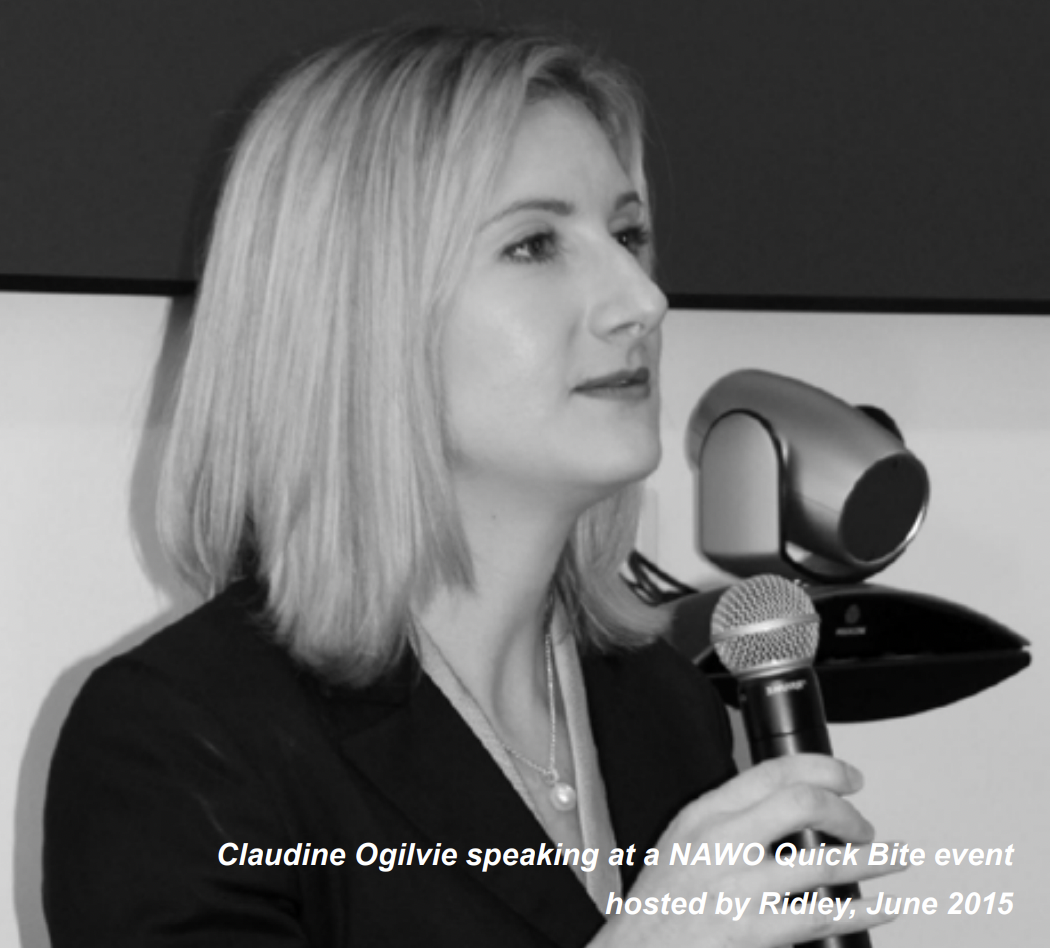 Training with the Australian Institute of Sport as an Olympic Sailing hopeful, Claudine has learnt a lot about pushing her personal and psychological boundaries. So when she was offered the position of CIO with Ridley Corporation, she knew her skills were a great match for the position and didn’t hesitate to take it on – despite the fact that her skills had been honed in strategy, sales operations and marketing roles.

Tim, one of NAWO’s founding Board Members, is a powerful advocate for the business benefits of gender diversity. Having worked with Claudine previously when she managed KPMG’s Consumer and Industrial Business, he knew that her strong skill set would be a tremendous asset to Ridley, a Silver NAWO Corporate Member.

“I was extremely excited when Claudine accepted the role of Ridley CIO,” said Tim. “I believed that her drive, processes, and influencing abilities were transferable to this role and I was delighted that this proved to be the case.”

Similarly, Claudine has great admiration for Tim’s commitment to actively seeking new ways to achieve greater gender diversity within the business. “Tim recognised that my skill set was transferable, but he also understands the value that diversity brings an organisation’s performance and shareholder value. He is relentlessly ‘thinking outside the box’ to find, attract and develop female talent. The more exec males who can ‘take a leaf’ out of his approach, the closer we get to ‘closing the gap’ and leveraging the growing amount of female talent that exists in industry, however may not fit the traditional mould”.

It was terrific to see Claudine featured as a ‘new breed of CIO’ on cio.com.

The feature highlights the importance of women having the personal courage and confidence to pursue unconventional career paths, and operational executives and businesses having the foresight to recognise the business imperative for pursuing gender diversity and willingness to adopt ‘new’ approaches to reach their diversity goals.

As a post script to this story, Claudine will be moving to the role of CIO with Jetstar in August. While the move is a loss for Ridley, it does have a silver lining. Claudine is moving into an even bigger role and it again demonstrates Tim’s exemplary leadership – he identifies talent, develops talent and sponsors talent into bigger and better roles.

“I was extremely excited when Claudine accepted the role of Ridley CIO. I believed that her drive, processes, and influencing abilities were transferable to this role and I was delighted that this proved to be the case.” – Tim Hart