Next week our Knowledge Share Forum is on Supporting Male Allies. As members we encourage you to join the conversation, and here Louise explores the issues and barriers men can face in becoming allies, and how we can support them to take the step. 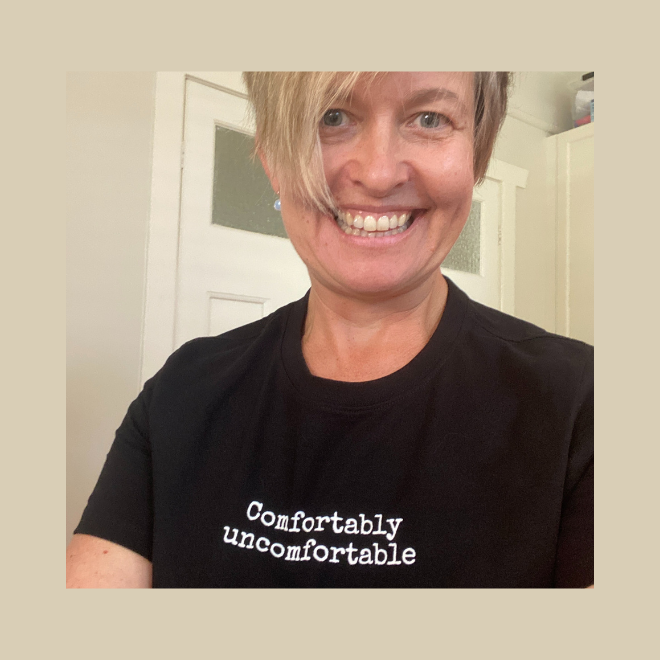 This is the first time in my lifetime that there has been such a strong movement for change in relation to equality. Gender, Race, Colour, Age, Identity, Sexual Orientation, Consent  – many of us are having conversations with our children, our friends and our colleagues about topics that we would never have imagined discussing even 5 years ago.

These can be uncomfortable conversations, particularly for those of us for whom these conversations raise real value based questions. This shakes us, un-nerves us and reduced the level of safety we feel in expressing our views and our thoughts as we work our way through the discomfort. I think we can all relate to some level of discomfort with the shift in societal views, perspectives and truths we are facing. It’s not easy to be comfortably uncomfortable!

Our focus at NAWO is gender balance in operations and  conversations around topics such as sexual harassment in the workplace, targets and quotas, enabling flexibility, sharing the care, addressing bias, are necessary and at times, difficult and uncomfortable.

Increasingly I am hearing from men that this discomfort is being felt quite acutely amongst the male fraternity, leaving them unsure about how to have conversations, unsure about what is and what isn’t ok to say and do, and this leads at best to avoidance of important conversations and at worst denial that there is an issue at all.

Even more concerning is the feedback I am hearing from men and teenage boys that they feel this dialogue to be increasingly threatening to their identity, their role at work, and/or their opportunities for promotion. This stems from a phenomenon known as ‘a zero-sum perspective’- that gains for women mean losses for men.

Historically, gender equality has generally been seen as a ‘women’s issue’ to solve, but inequity and lack of gender balance in the workplace is not a women’s issue, it’s a leadership issue. The workplace leadership profile today is still predominantly male, across the industries represented by NAWO’s membership 79% of key management position are held my men (WGEA 2020). Research shows that in companies where men were actively involved in gender diversity initiatives, 96% of people report progress , in contrast to organisations where men are not engaged where only 30% report progress.

Male allies are therefore vital to an achieving gender balance. But being an ally can be daunting, particularly as this requires men to move out of the ‘man box’. In fact one highly respected male ally recently confided to me that he felt this was actually getting harder for ‘progressive’ men, rather than easier, as they currently face quite strong backlash from those in the ‘zero sum game’ camp.

In 2018, this report called The Man Box was published by Jesuit Social Services’ The Men’s Project. It found that traditional streotypes about what it means to be a man are contributing to poorer mental health and antisocial behaviour in men aged 18-30. The good news from this research though as Matt Tyler, Executive Director of JSS states is that “if people loosen their grip on or shift these man box attitudes, we know that’s good for men and boys, as well as the people in their lives.”

So how can we encourage and support men at every level in an organisation be an ally? To loosen their grip on man box attitudes and educate themselves about the issues having an impact for women, to bravely enter conversation about gender equality and ask good questions rather than mansplain their perspectives, to get involved in ‘gender equity work’, to volunteer, to contribute ideas and to put themselves ‘out there’. Here are my thoughts on what we can do;

Finally it is important to recognise that we cannot self-ordain ourselves as allies of any kind. This very wise quote from Jennifer Brown, author of ‘How to be an inclusive leader’ sums it up

“The work of allyship needs to be sustained and over time – and you’re only an ally when someone says you are.”

My perspective is that the more men we have out there trying to be allies, the more we have the opportunity to say they are allies. As a network we have an opportunity to actively support and encourage a huge number of men across multiple industries, organisations and operations to become allies in every team, in every location. Let’s do it.

If you would like to be part of a conversation that will help us all get moving on this in a very positive and tangible way – come along to the next knowledge share forum via zoom. Corporate members can send two people along. Register you place here